The European Parliament has produced a video explaining the work of the Court of Justice of the European Union.  You can have a look at it below.

‘Still Home Abroad After Brexit?‘ and ‘Brexit and the Commonwealth: Historical reflections‘ will both take place on Monday the 7th November, the former in New Kings on Campus and the latter in the Satrosphere Science Centre near the beach. See below* for full details of each. Both events are free but booking is recommended.

Brexit and the Commonwealth: Historical reflections 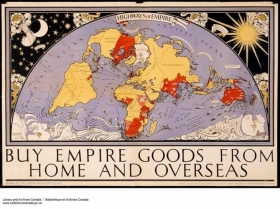 A probe into the past to highlight options for the UK in the future.

Since the UK voted to leave the EU, many look to the Commonwealth for alternative trading outlets. But is this a realistic option? This event puts this crucial question in historical perspective. It will look at Commonwealth trade down to Britain’s entry into the European Economic Community in 1973 and offer the audience a chance to probe the past and consider whether these old relationships offer a path to the future.

Admission is FREE, booking is required.

Hosted by: University of Aberdeen 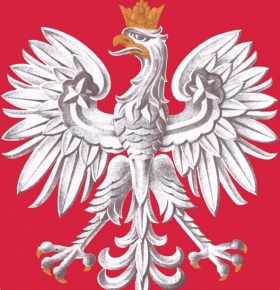 An insight into issues faced by EU citizens in the UK.

Integration of Poles into Scottish society has been a success story. EU citizens in Scotland received letters from their pro-EU MPs assuring them that their status in Scotland is safe after Brexit, yet their future will be negotiated by Westminster. How do communities react to such uncertainty? Academics and practitioners offer their insights in a public discussion of the main issues that Polish citizens face after the referendum.

Admission is FREE, booking is required.

Hosted by: University of Aberdeen

*Information taken from the University of Aberdeen’s events page.

The European Law Students’ Association’s  Aberdeen branch will be hosting this free event on the 28th October from 6pm at New Kings 6.

The panel members are:

ELSA is  the world’s largest independent law students’ association. Information about the Aberdeen University and branch and more details of the event are available here

This may not be the end of the matter however, as in a statement released following the judgement, David Frost, chief executive of the Scotch Whisky Association said:

“We will study the details of the judgement and consult our members before deciding on next steps, including any possible appeal to the UK Supreme Court.”

In 2012 the Scottish Government passed legislation to introduce minimum pricing unit pricing for alcohol as part of its strategy to reduce alcohol consumption and the harm associated with over consumption. The minimum unit price was set at 50p.

The Scotch Whisky Association challenged the legality of this. (The Scotch Whisky Association v Lord Advocate 2013 S.L.T. 776). This legal bid was rejected. However, this decision has been appealed on the grounds that it breaches EU law as it would be a barrier to the free movement of goods. The Court of Session made a request for a preliminary ruling from the European Court of Justice in July 2014.

UPDATE: On the 3rd of September 2015 the Advocate General issued his opinion that minimum unit pricing would only be legal under EU law if it could be shown that there is no other mechanism available to the Scottish Government that could achieve their desired public health benefits. Advocate General Bot also set out tests that national courts would have to apply when making their decision. Advocate General Bot’s opinion can be read in full here:

LATEST UPDATE: A press release  on the judgement of the Court of Justice on 23rd December 2015 states that the Court “considers that the effect of the Scottish legislation is significantly to restrict the market, and this might be avoided by the introduction of a tax measure designed to increase the price of alcohol instead of a measure imposing a minimum price per unit of alcohol”

In her response to the ruling, Shona Robison, the Scottish Government Health Secretary said:

“Scottish Government remains certain that minimum unit pricing is the right measure for Scotland. We believe it is the most effective mechanism for tackling alcohol misuse and reducing the harm that cheap, high-strength alcohol causes our communities”

“The Court has confirmed that minimum unit pricing (MUP) is a restriction on trade, and that it is illegal to choose MUP where there are less restrictive ways of achieving the same end.”

Click here for more from the Scotch Whisky Association.

What are the implications for higher education in Scotland following the recent vote to leave the European Union?

The Scottish Parliament Information Centre (SPICe), which provides impartial briefing papers to aid MSPs in their parliamentary work, has produced a very useful briefing paper reviewing this.  Why not take a look?

The House of Commons Library has published an impartial list of publications on the legal and constitutional issues surrounding the UK withdrawal from the European Union including:

This publication will be updated periodically.

The Libraries of the House of Commons, House of Lords and the Parliamentary Office of Science and Technology (POST) produce research briefings on a wide range of current issues. They are intended to aid the work of members of both Houses of Parliament by providing good quality impartial background material on current issues. This makes them extremely useful to anyone starting to research a current topic. They can be searched by date or topic here.

EUR-Lex is the official EU database for accessing  EU law.   It is available in 24 languages and includes treaties, legislation, international agreements, preparatory acts,  case law and parliamentary questions. It also gives access to the Official Journal of the European Union.

Help on using the different search options and features on EUR-Lex is available by watching these informative online tutorials.  We have also produced our own guide.

However if you are just looking for someplace where EU is explained for a general audience in a concise and jargon-free language a good place to start is here.

Here is an example of one of the online tutorials.  Why not have a look.

A free public lecture on Scotland’s options for Brexit, hosted by the School of Law,  will take place at the University’s Regent Lecture Theatre  from 6pm to 8pm this evening.  Admission is free and there is no need to book.

The lecture will be given by Professor Sir David Edward who is a member of the Standing Council on Europe set up by the First Minister following the result of the Referendum vote for the UK to leave the European Union.  Further information is available here.

Service News – Exporting the contents of your e-Shelf in Primo